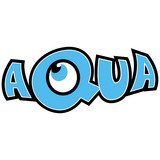 Storming onto the global music scene with the debut album 'Aquarium' in 1997, Aqua became an instant pop sensation. The phenomenal singles 'Roses are Red', 'My Oh My', 'Barbie Girl', 'Doctor Jones' and 'Turn Back Time' showcased the Danish-Norwegian band as gifted artists with a firm grip on instantly catchy melodies. Following performances to ecstatic crowds all around the world, Aqua established themselves further with the second album 'Aquarius' and the hit singles 'Cartoon Heroes' and 'Around the World' in 2000. Even though they broke up in 2001, they couldn't let go of the music and the magic, and in 2008 Aqua got back together, releasing a 'Greatest Hits' album and two new singles, 'Back to the 80s' and 'My Mamma Said, the following year. The third studio album 'Megalomania, released in 2011, saw Aqua gravitate towards a modern electropop sound. With more than 30 mio. albums and singles sold worldwide, Aqua is the greatest pop band Denmark has ever seen and they have remained on top of the game throughout a career that continues to excite and thrill fans all around the world.