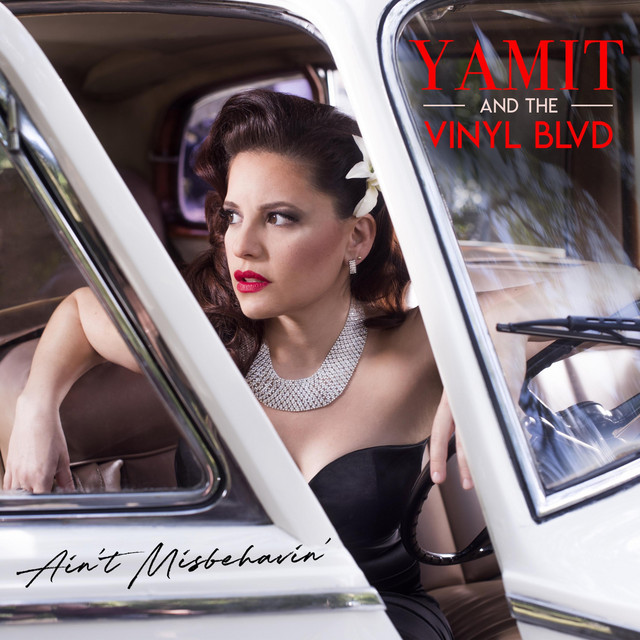 Yamit and The Vinyl Blvd

Featuring Yamit and The Vinyl Blvd

Yamit and The Vinyl Blvd is the Jazz ensemble brainchild of vocalist and violinist Yamit Lemoine. Elegant, classy and glamorous, the band has a vintage sound, look, and feel that transports audiences back in time. Known for creating a lush ambience that is both sophisticated and fun, the band’s musical focus is Jazz from the 1920’s – 1960’s Golden Era, with a repertoire consisting of uptempo Swing tunes, Bossa Novas, New Orleans Jazz, Gypsy Jazz and some beautiful classic Ballads. Born in Israel, Yamit Lemoine began her training in voice and classical violin at the age of five. She was raised in Toronto, where she developed her love for Jazz, Soul, Blues and Broadway styles. Since then, Yamit acquired her Jazz Vocal, as well as Music and Theater education in Toronto, as well as her Audio Engineering education in Miami. While briefly living in New York City, Yamit performed regularly with local Jazz musicians, and upon moving to Miami, she became involved in the world of Musical Theater. Through her multiple talents in the performing arts Yamit has participated at notable events and venues as performer, director, musical director and producer abroad the United States, Canada, The Caribbean and Israel. At the onset of 2014, Yamit conceived her new adventure as vocalist and violinist leading her own Jazz ensemble. Yamit and The Vinyl Blvd’s debut album Ain't Misbehavin' was released in May of 2019.