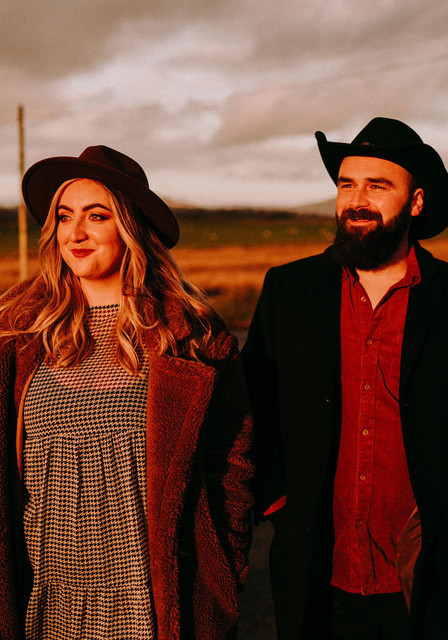 Marcus Gumms and Laura Benjamin, two experienced musicians from South Wales, team up to form ‘Hawthorn Avenue’, combining Country, Rock and Pop to make fresh, new music. Their key influences come from artists such as Florida Georgia Line, The Shires, American Young and most predominantly, Striking Matches, the hot young Nashville Country songwriting duo who wrote many of the songs from the hit TV series ‘Nashville’. Music was a huge part of Laura’s life from a young age, as she began playing the violin from age 8 and picked up the flute and piano shortly after. With a huge admiration for powerful female singers like Taylor Swift and Carrie Underwood, Laura has always believed that there could be no greater joy than writing your feelings down in a song and having a stadium of people sing your own lyrics back to you. Marcus’ love for music came via an utterly different path. He says, and I quote “I wasn’t interested in music until one day when I was about 10 years old, watching Stars in their Eyes, and this guy came out and did Ring of Fire. Ever since that moment, loved Johnny Cash, loved country music”. Simple as that. The duo met in 2015, through gigging in the same area and began working together after jamming in a local open mic night and realising their musical compatibility. Shortly after they realised their joint love of country music, in September 2018, the pair sat down to write their first song and within a day, their first single was born.