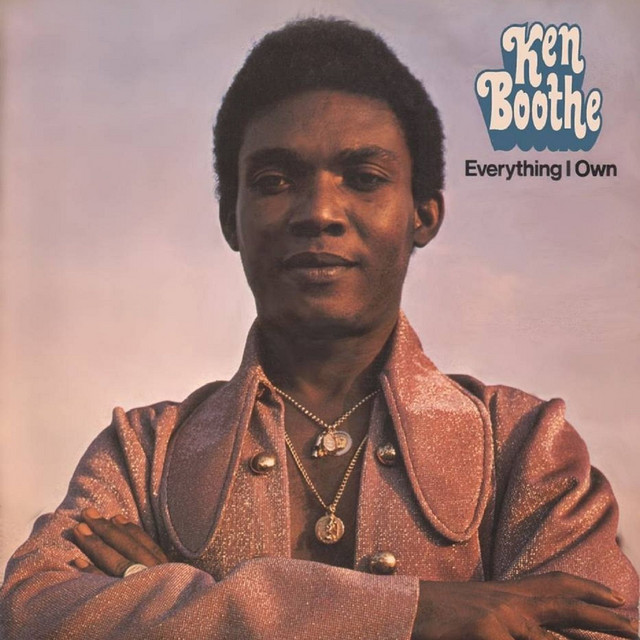 Ken Boothe was one of the most popular and soulful singers of the rocksteady era, arguably second only to Alton Ellis. Where Ellis was silky smooth, Boothe's vocals were deeper and grittier, earning him a reputation as Jamaica's answer to Wilson Pickett. First rising to popularity as part of a ska duo with Stranger Cole, Boothe forged a solo career on Clement "Coxsone" Dodd's Studio One label during rocksteady's prime, building a generous part of his repertoire on American soul covers. Even after the advent of Rastafarian roots reggae, he managed to score further hits with other producers, most notably the U.K. chart-topper "Everything I Own." Boothe was born in the Denham Town area of Kingston, Jamaica, on March 22, 1948. His mother and older sister were both singers as well, and Boothe grew up listening mostly to American soul music. He started performing in his teenage years, forming the duo Stranger & Ken with his friend Winston "Stranger" Cole. They cut several singles for Duke Reid and Leslie Kong before hitting their stride on Clement "Coxsone" Dodd's Studio One label with a string of ska hits over 1963-1965: "World's Fair," "Artibella," "Hush," "Thick in Your Love," "All Your Friends." Dodd encouraged Boothe to record as a solo artist, and he and Cole both embarked on solo careers. Boothe's first solo single for Studio One was 1966's "You're No Good," and he notched his first solo hit that year with "The Train Is Coming," a soulful rocksteady track (with backing by the Wailers) that established him as one of the new style's hottest new stars. He quickly solidified that position with another smash, "Feel Good." Buoyed by his good looks and heartthrob appeal, Boothe tore off a long string of hits over the next few years: "I Don't Want to See You Cry," "Everybody Knows," "Just Another Girl," "Moving Away," "Come Tomorrow," "Mustang Sally," and "Puppet on a String" among them. Some were covers of American and British rock and soul tunes, and most were for Dodd, although Boothe did take brief sojourns to other producers: Sonia Pottinger (1968's "Say You"), Keith Hudson ("Old Fashioned Way"), and Phil Pratt ("I'm Not for Sale," "Can't Fight Me Down"). Also in 1968, Boothe issued the first of several albums for Studio One, Mr. Rock Steady, which gathered some of his previous hits. In 1970, Boothe moved over to Leslie Kong's Beverley's imprint, where he cut several hits in "Freedom Street," "Why Baby Why," and "Now I Know." Following Kong's untimely death, Boothe recorded for several other producers in quick succession, landing the hit "Silver Words" for Winston "Niney" Holness. Boothe truly struck gold, however, when he teamed up with producer Lloyd Charmers on the U.K. Trojan label in 1971. The association started to bear fruit with two albums, 1973's Black Gold and Green and 1974's Let's Get It On (after the titular Marvin Gaye cover). Then, later in 1974, Charmers suggested that Boothe cover the Bread hit "Everything I Own." Released as a single, Boothe's version became a left-field pop smash in the U.K., going all the way to number one. His 1975 follow-up, "Crying Over You," nearly made the Top Ten, and the Everything I Own album also sold well. Unfortunately, Boothe's success wasn't enough to keep Trojan from suspending operations due to financial difficulties. The resulting split with Charmers left him unable to consolidate his crossover success, and he recorded only sporadically over the next few years. When Trojan returned in 1978, Boothe and Charmers reunited for a few more recordings (including Blood Brothers and Who Gets Your Love), but couldn't match their earlier success, and again went their separate ways. Boothe returned to the studio from time to time during the '80s, releasing the occasional single and often re-recording his Studio One material. He had a few comeback hits over 1986-1987, including the Tapper Zukie-produced "Don't You Know." UB40 covered several of his songs on their Labour of Love albums, and in 1995, he teamed with crossover star Shaggy for a new version of "The Train Is Coming," which appeared on the soundtrack of Money Train. A double-disc overview of his Trojan years, Crying Over You, was released by the label in 2001. ~ Steve Huey, Rovi