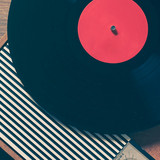 DREEEMWEAVER is the music project and pseudonym headed up and used by musician, actor and film-maker Emeson. Emeson’s musical history covers many years DJ’ing, remixing, singer-songwriting, composing and producing. He has been involved as either singer-songwriter, composer and / producer both collaboratively wiith a number of artists such as The One, Saturn’s Children, Skandouz, Carla Duke, Profusion, Shai Soul-Wright and on his own personal projects and releases. Emeson’s remixes and reworks include artists such as Lianne La Havas, Peter Gabriel, De La Soul, Stevie Wonder, Common, Nas and Radiohead. He has featured on numerous compilations including BBE, Tokyo Dawn and his music both solo and collaboratively has been played on radio across the globe. He has also performed as a frontman extensively and collaboratively. Under the Dreeemweaver guise as a recording artist, producer and remixer, he uses this mantle to express his deeper soul, jazz ambient sides, experimental future flavours and influences. Dreeemweaver’s remixes include music by Eric B and Rakim, Childish Gambino, Jill Scott and Alicia Keys. ‘’There’s a different kind of freedom in expressing your art outside the frame and there’s a certain anonymity that the Dreeemweaver cape, allows’’ Dreeemweaver will continue to stitch, pattern and weave intricate memories, future-thoughts and dreeems to another beat. www.dreeemweaver.bandcamp.com