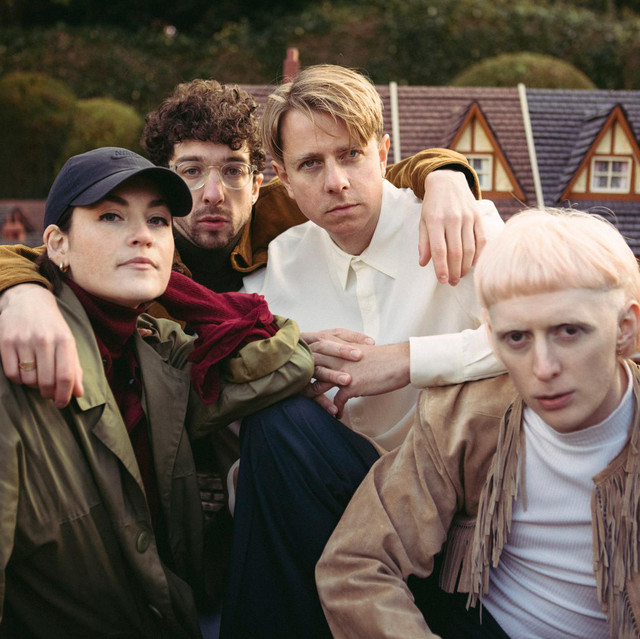 South London-based group CHILDCARE have the knack of marrying the surreal with the ordinary.

It’s something they've been refining as part of their identity since their genesis, when singer Ian Cares spent the time between school runs at his nannying job writing songs. He started adding other musicians to the project gradually until two EPs (2017’s ‘Made Simple’ and 2018’s ‘Luckyucker’) and one album (2019’s ‘Wabi-Sabi’) later, Ian, male guitarist Rich Le Gate, bassist Emma Topolski, and male drummer David Dyson have shaped CHILDCARE into one of the most unique emerging groups in the UK. They’ve earned themselves a bourgeoning group of followers, sold out their biggest show (so far) at London’s Scala and gained support from BBC Radio 1 (Annie Mac, Jack Saunders), Spotify (several New Music Friday slots) and were set to play their first US live shows at SXSW 2020, but then the world broke. CHILDCARE hope you enjoy their music as much as they do.