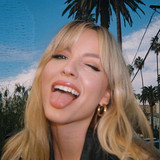 XYLØ a.k.a Paige Duddy, is a singer and songwriter from the suburban outskirts of Los Angeles, California.

Raised in a musical family, Paige fell in love with singing and writing her own lyrics at the influential age of 13. By the time she was 18, she had honed these skills and was collaborating with her older brother, Chase Duddy. In 2016, XYLØ released their debut EP, embarked on national tours, performed at countless festivals, accumulated millions of streams and earned a platinum plaque for their collaboration with The Chainsmokers on the song, “Setting Fires” (by The Chainsmokers featuring XYLØ). After the release of their successful single “I Still Wait For You” in 2017, XYLØ evolved into a whole new musical artist. Having grown up behind the mic, Paige found her own powerful voice; one that currently resonates worldwide - both sonically and lyrically. She and her brother mutually parted ways, allowing her to shine and him to pursue his own endeavors. 2018 is a new chapter for XYLØ and an emergence for Paige as a solo artist. “I’ve spent the last 9 months discovering myself as a young woman and as a singer/musician