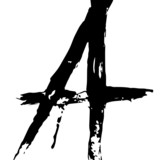 In the latter part of 2019, Angstskríg summoned, felt inspired and rapidly wrote their debut offering 'Skyggespil' with producer Frederik Brandt Jakobsen at the helm. It was by his hand Angstskríg’s particular Nordic sound took form. To give a very diverse album even more assorted flavors, the duo called upon gifted musical comrades to take part in the creation and elevating the songs to new levels. In spring of 2020, to take necessary steps towards fulfilling their aspirations and meeting their expectations, the duo expanded their circle of trust with strong and crucial allies. And the seeds of a fruitful future had been sown. Yet, the story about Angstskríg took its beginning decades earlier. From a young age the duo were taken under the wing of a common mentor, under who’s guidance they taught themselves how to play. How to perform. How to create. How to be artistically curious. How to express themselves. How to challenge boundaries and convictions. Although the steps in the very beginning were small, this marked the offset of the musical journey of the duo. Though life separated the two and took them down diverging paths, where one pursued the road of knowledge, the other a path of entertainment, they never lost touch, and the idea to reunite at some point remained prevalent. So after gaining a decade of invaluable experiences and due to their respective paths taking new dramatic turns, the time was ripe to create, what would become Angstskríg.