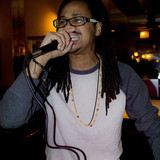 YBC Tha NeRd is an aspiring hip-hop artist who became the talk of town for his unique talent of combining hip-hop with EDM. The YBC stands for “Young Brotha n Charge” – which is his stage name. Born in the South Side of Chicago, Illinois. Although YBC’s music encircles more of a hip-hop approach, he likes to refer to himself as a nerd which is one of the things he loves about himself, and as his stage name suggests. A diehard lover of video games, TV shows, and even comics, YBC has pulled most of his topics and bars from these things.

Moreover, the nerd in YBC happens to be an aficionado of science as well, and so, you are likely to hear a little bit of science with a mix of personal experiences, and in some songs, even politics. If that wasn’t enough, YBC Tha NeRd is also a lover of universal vibration and frequency, which he uses to write his lyrics and record his music. Belonging to the genre of hip-hop and EDM, YBC has a lot of big plans for the near future. He grew up listening to artists such as MC Hammer, Crucial Conflict, The Isley Brothers, Kenny G, Luther Vandross and Sade. These artists helped shape YBC’s love for music and he always had a passion to return the same energy back. His shows are normally highly energetic with crisp sounds and proper performance tracks. has often times been compared to the likes of Flosstradamus and Futuristic and “like something a major EDM DJ would make”, and YBC himself prefers to compare his work to Mickey Factz and Lupe Fiasco.