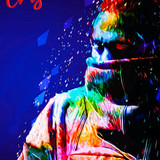 The Australian-based artist, with an Auckland upbringing, Cris says the reggae track “Nay Sayers” is basically about learning to just ignore negative people who bring the bad energy into your life. “I’m also talking about that negative voice in your head, that person inside you that’s stopping you from shining,” he says. Raggadat Cris made an impact when his 2017 first hit single ‘Slow Mo’ let everyone know he’d arrived - Slow Mo’ was the most played song on New Zealand radio and reached number one on the radio spin charts and top 20 on the overall music charts. Since then he has become the go-to artist for reggae and R&B features, including hugely successful collaborations with Israel Starr, Awa (Nesian Mystic), Lion Rezz and more. He was also the first verse on the hugely successful Runtingz Anthem single which accumulated over 320,000 combined streams in just over a month. Cris also has become the ghostwriter for the reggae and RnB industry. Lending his writing skills to numerous artists, all of which have seen top 10 success.