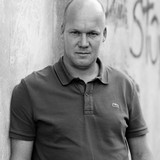 Mark Versluis, is an electronic music producer from the Netherlands. Music has always been a common thread in his life. From 1996 to 1999, melodic trance music was one of the most popular emerging genres with a lot of melodies and chords, it was a magical thing to hear and Mark was convinced he wanted to produce it. In 2004 he finally got his record deal with Armada, Armin v Buuren picked up a track made with one of Mark’s project names “ Foreign Force”, at Armin's radio show the track “Emotional Breeze” became "future favorite" 3 weeks in a row. After this, Mark released singles and remixes on labels such as Armada, Lange Recordings, Alter Ego Music,

Abora recordings and Afterglow Records. His records, with project names such as Mark Versluis, Szartd, Kyamoto, Foreign Force, Luis kala and S.T.J. got supported by Armin van Buuren, Ferry Corsten, Paul van Dyk. In 2010 Mark quit as an active music producer, but in 2020 he decided to return with a brand new studio filled with new and powerful equipment! Everything that's needed to produce music again! New Trance music is already signed to various record labels and is ready to be released in 2021. In addition, Mark also produces 3-minute pop/dance/house tracks that he releases without a record label. “Ultimately, life is all about doing what you like and staying close to yourself, the persistent person will always win”