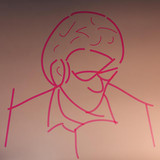 Raflo is an eclectic dance producer from Sussex, England. He has twice reached the top of the US Billboard club charts in collaborations with DJ Robbie Rivera and has produced and co-written tracks for artists including Amy Winehouse, Leona Lewis, Cara Dillon and D-Influence. Other credits include remixing Radiohead and drumming for Neneh Cherry. Recent dance releases, including 'Be Free', 'Keep Me Up', 'Love Like You Never' and 'Give It Up',

have hit the top fifteen in the UK club charts, chosen as Track of the Day by BBC Intro and broadcast on BBC Radio and dance stations worldwide.