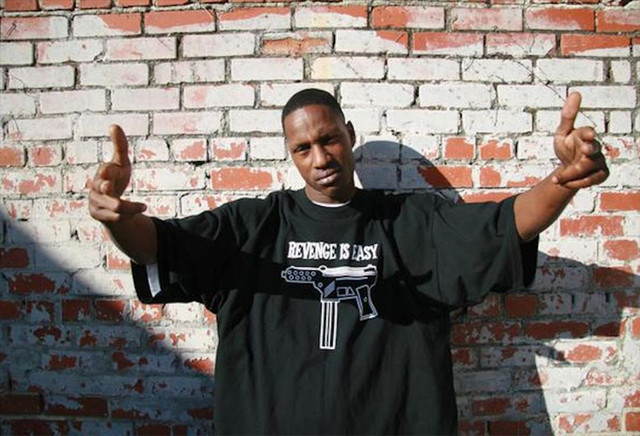 Previously known as JT the Bigga Figga, rapper/producer/entrepreneur Figg Panamera is a hip-hop veteran, having appeared on hundreds of albums since entering the game in the early '90s. He has remained a constant presence on the scene, and has worked with countless gangsta rap, G-funk, and trap artists. Born Joseph Tom in San Francisco in 1971, he founded Get Low Recordz near the beginning of the '90s and built a regional buzz with his first two albums, Don't Stop Til We Major and Playaz N the Game. The latter's SWV-sampling single "Game Recognize Game" received enough airplay to land JT a contract with Priority, and Dwellin' in tha Labb appeared in 1995. The album included guest appearances from E-40, Celly Cel, Master P, and others, and ended up being JT's most commercially successful release, but after a few follow-ups which didn't sell as well, he was released from his Priority contract. He started a new distribution deal with Bayside Records in 2000, and began releasing an astonishing amount of work, including albums with Juvenile, Daz Dillinger, the Game, Snoop Dogg, and countless others. He also published an e-book titled The CEO Manual, filmed and directed dozens of movies and documentaries, and became the West Coast A&R for Houston label Rap-A-Lot Records. Having relocated to Atlanta, JT changed his moniker to Figg Panamera during the early 2010s. He founded the Fillmoelanta label and began releasing mixtapes, including collaborations with Gucci Mane and Kevin Gates. Two volumes of The Independent Game dropped in 2014, with guest appearances by Migos, Future, Young Thug, and others. God's Plan and Traffic Stop Gon Bad followed in 2015, and Cali Boy Down South appeared in 2017, featuring the 21 Savage collaboration "Money Talk." ~ Paul Simpson