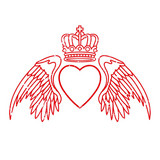 Simple Minds are one of the UK’s most successful bands, having achieved six No.1 albums as well hitting the top spot in countless other territories including Germany, Italy, France, Spain, Australia and New Zealand. “One of the things I’m most proud of is that people say to me what Simple Minds are you talking about? The avant-garde, the art-rock, the pop, the ambient, the instrumental group, the political, the folk, the stadium band? We’ve been on one hell of a journey. To play all those different styles but at the same time be quintessentially Simple Minds is an amazing thing.” Jim Kerr. Simple Minds have been musical pioneers for 40 glittering years. Catching the mood of the post-punk era, when the angry sounds of 1977 were splintering into a thousand different shapes. They went on to become one of the great bands of their generation, deploying rousing choruses and booming atmospherics to provide a soundtrack that has endured. Topping the American chart with Don’t You (Forget About Me) and in the UK with Belfast Child and selling over 60 million records, they have seen three of their 20 studio albums reach number one in the UK – Sparkle In The Rain, Once Upon A Time and Street Fighting Years – a chart-topping feat equalled by their live album Live In The City Of Light and the compilation Glittering Prize. A spellbinding touring band, they have graced the world’s biggest stadiums, starring at Live Aid and playing three momentous London shows in honour of Nelson Mandela.