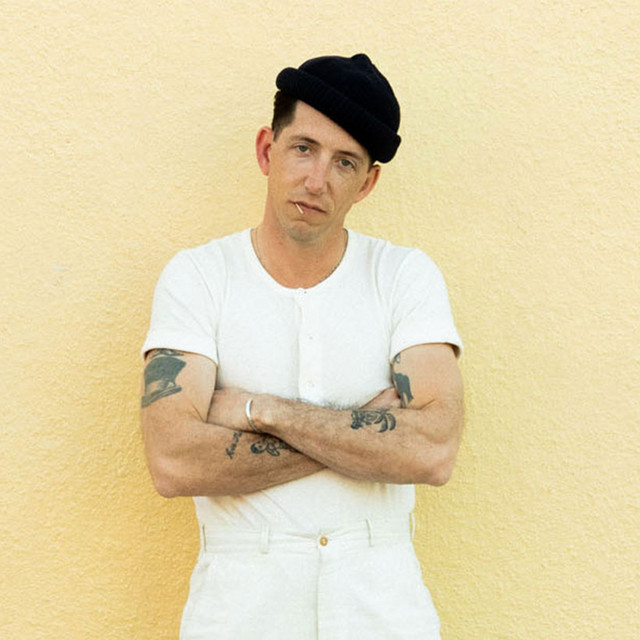 Fusing the rustic sounds of the past with his own wry humor and roots music sensibilities, singer/songwriter Pokey LaFarge makes old-time country-, blues-, folk-, and Western swing-influenced music. A wide-ranging troubadour since the mid-2000s, LaFarge gained wider recognition in 2012 touring with Jack White, on whose Third Man label he issued 2013's Pokey LaFarge. This recognition paved the way for 2015's Jimmy Sutton-produced Something in the Water, which peaked in the Top 30 of the Billboard Top Country Albums chart. 2020's Rock Bottom Rhapsody was a boldly eclectic collection that fused strong contemporary influences with LaFarge's retro sound. Born Andrew Heissler in Bloomington, Illinois, in 1983, LaFarge developed an early interest in American literature and history, as well as roots music of the 20th century. By his teens, LaFarge was combining his passions into his own music, accompanying himself on guitar, mandolin, and banjo. After graduating high school, LaFarge adopted an itinerant lifestyle -- as well as the nickname Pokey -- and traveled around the United States, often performing on street corners. LaFarge also crossed paths with a handful of like-minded musicians and he was soon touring with his own combo, the South City Three, featuring Adam Hoskins on guitar, Joey Glynn on standup bass, and Ryan Koenig on harmonica, washboard, and percussion. In 2006, LaFarge released his self-produced debut album, Marmalade. Several independent releases followed, including 2008's Beat, Move, and Shake and 2010's Riverboat Soul, before LaFarge caught the ear of Jack White. White invited LaFarge and the South City Three to accompany him on the song "I Guess I Should Go to Sleep" off his 2012 album Blunderbuss. LaFarge also opened several dates on White's tour that year, and in 2013 he signed with White's Third Man Records. That same year, he issued his Third Man debut, the eponymous Pokey LaFarge, which found his band expanded to a sextet with the addition of Chloe Feoranzo on clarinet and sax, T.J. Muller on trumpet, and Matthew Meyer on trap drums. In November 2014, LaFarge signed a new recording deal with the respected roots music label Rounder Records, and his first album for Rounder, Something in the Water (produced by Jimmy Sutton, best-known for his work with JD McPherson), appeared in April 2015. LaFarge switched directions for 2017's Manic Revelations, drawing inspiration from '60s soul music. Over the next year, he stayed busy touring and working on his ninth album, Rock Bottom Rhapsody, which found him mixing the roots-oriented sounds that are his trademark with contemporary rock and dance music influences. ~ Matt Collar, Rovi