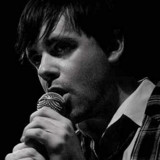 Solo project of Chicago's Travis Lee Wiggins, started in 2005. Over 300 songs released. Lots of friends have helped along the way. Rock sometimes. Def getting chill wavy. Used to do some folk. Experimental sometimes. Weird lots. "I love different kinds of music, so Essex Chanel is a catch all for all my musical ideas that aren't in a band." Each album or song tries to do something different. Something Good - D'Angelo/FKJesque. Put it on just as you start your lovemaking. Walk Sign - living in lakeview Drop Everything - like my chicago kurt vile song Dancing in Foyers - tried to push my experimentation and songs, tried to revisit Dancing at Weddings Some Strange Fantasy - tried to embrace my midwestern roots, like Mellencamp & Petty. Love is Proximity - where I tried to write an album that would go in a Starbuck’s. Dancing at Weddings - where I tried to an album you could put on at a wedding. Weirdly enough, it was a centerpiece in my own wedding? weird. The Album is Dead - When I was like releasing one song at a time on myspace. 67 Car Commercials - Almost all 30 second songs meant to be used as car commercials. this is just some of it. Check out bandcamp for some more recent music that is more organic and I change all the time: https://essexchanel.bandcamp.com/ Or the official Essex Chanel website that is old and outdated: http://www.essexchanel.com Travis's other bands: The Rugless, Fetla, The Salts, Nervous Cloud, Dolphins Swimming, SLO MO PG, The Personal FX