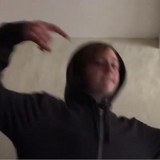 just tryna finesse some grub for the mandem innit I like Danny Gonzalez, Teminite, NDXL, Shirobon, and others. About Me: Callum Disney, also know as Big Man Callum, is a British rapper and musician. Disney's most popular song, Lockdown Rap, was released under his rapper alter-ego, Big Man Callum, and was released in 2020. Callum has since release 1 more song, CN's Favourite. This was a short song to get his fanbase ready for his upcoming single, Powerful, which has not currently been released yet. The song is scheduled for release in early 2021. Big Man Callum Records is the organisation that Disney and his rapper alter-ego are under. While not an officially registered company, the organisation stays credited as the official record label.