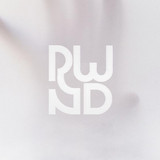 Formed in 2016, RWND has made a reputation from catchy melodies and original beats. Releasing memorable singles like “Let´s Rewind”(2017) and “Living”(2018), RWND is primed to become one of the fastest growing actors within the independent pop/EDM scene. RWND consists of Teun Aurelius Witteveen, Axel August Bersvendsen, Kristoffer Solheim and Magnus Grøndahl. Chilling in the studio, RWND engages in the organic process of grinding coffee into music. “We never know where we´re going, but somehow we end up in the right place. You just go with your gut and it feels right”, says Bersvendsen. Perhaps thats the reason why their songs cover such a wide span in style and execution. Asked how to define their music, lead singer Grøndahl paints this picture; “RWND is like a hot cup of coffee, brewed with beats from both the Netherlands and basslines from the deepest fjords, combined with keys from the city lights and melodies directly from the Norwegian countryside”.