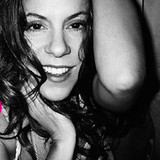 World renowned and multi-Grammy-nominated singer/songwriter Bebel Gilberto has been enchanting fans and critics worldwide since her solo debut release in 1986.

She catapulted onto the global music scene with a track on the celebrated compilation CD, RED HOT + RIO, followed by the worldwide success of her hit breakout album Tanto Tempo in 2000.