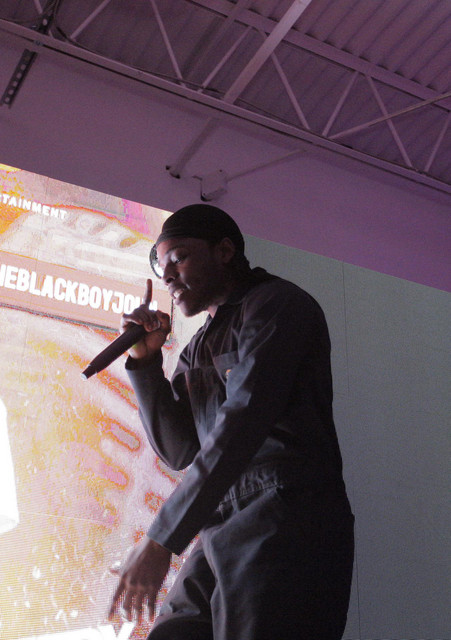 Born in Kano State, Nigeria and raised in the capital city, Theblackboyjohn grew up listening to the likes of 50 Cent, Eminem and Kanye West. Heavily influenced by urban hip-hop, he was hungry for some Nigerian hip-hop. Nigerian hip hop artists on the scene like Mode 9, M.I Abaga, Jesse Jagz, Terry tha Rapman and others helped satisfy his hunger for homegrown rap artists. Growing up to Kanye West urged him to be diverse in his delivery flow and lyricism.   He officially dropped his first single titled DiEgo featuring fellow Arlington rap artist Over9000. The debut track was released with The Blackbeat Company, a label owned by BRTHRx. The song went viral in Arlington, Texas thanks to his loyal fans. Theblackboyjohn dropped an eight-track collection of songs he made years back titled, FWD. He continues to post free music on Soundcloud for listeners to play. He has also been featured on several tracks since he stepped on the scene, local artists like Over9000, Robby, Richie Benson and others have worked with him extensively.   He has gone on to open up for some of Nigeria’s biggest artists such as, Burna Boy, Davido, and Runtown, at their various tour stops. He has also been featured by popular news platforms such as, the Native Magazine, Tha Report Card and other blogs. Theblackboyjohn is an upcoming Afro rap sensation that constantly stuns his listeners with his quick paced flow and hard-hitting punch lines.