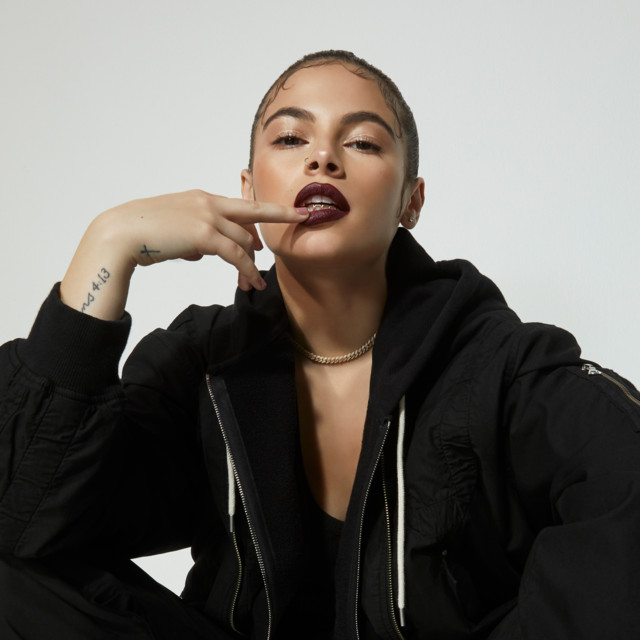 20- year-old Destiny Rogers is a singer, songwriter, and multi-instrumentalist who was born and bred in Lodi, a small Northern California town. At age 6, she became obsessed with skateboarding and even thought she wanted to pursue her passion professionally. But, growing up in the church with her father who is a youth pastor and listened to AC/DC and Mexican mother who listened to Mariachi, Destiny was pulled in by the power of music. At age 9 she received her first guitar and by age 10 taught herself how to play by watching Justin Bieber covers online and thereafter realized she could sing.   After a few years of busking in Los Angeles on the weekends and facing trials and tribulations of the music industry, she was finally connected to members of Grammy-Award winning songwriter/producer team The Stereotypes (Bruno Mars, Cardi B) and eventually began working with them. She signed to their label, Beach Wave Sound in 2018. The result is confidence in the languid R&B and hip-hop-inflected pop songs.