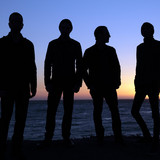 Enduring for over twenty-five years, Godsmack consistently break records and crush expectations. Like any proud Bostonians, they shout down adversity, flip a middle finger to the naysayers, and never compromise. It’s why they continue to sell out arenas, dominate radio and streaming, and remain shoulder-to-shoulder with some of the most successful rock bands in history. The quartet—Sully Erna, Tony Rombola, Robbie Merrill, and Shannon Larkin —maintain a breakneck pace. Among numerous accolades, the boys notched ten number one singles on both the Billboard Mainstream and Active Rock charts and achieved a total of 24 Top 10 hits at Active Rock. Beyond selling 20 million records worldwide, receiving four GRAMMY® Award nominations, and winning “Rock Artist of the Year” at the Billboard Music Awards, they bowed at #1 on the Billboard Top 200 three consecutive times, placing them in elite company with Van Halen, U2, Metallica, and Linkin Park. In 2018, Godsmack signed to BMG and unleashed their seventh album, When Legends Rise. It rose to #8 on the Billboard Top 200 and captured #1 on the Top Rock Albums Chart, Top Hard Music Albums Chart, Top Independent Albums Chart, and Top Alternative Albums Chart. “Under Your Scars,” “When Legends Rise,” “Unforgettable,” and “Bulletproof” all reached #1 at rock radio. What does the future hold? Well, certainly more music and touring. Sully and the boys keep their heads up as they look towards the future.