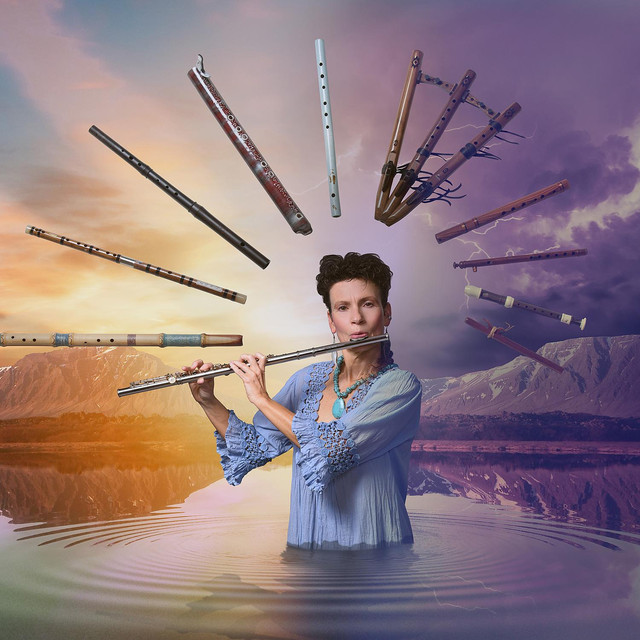 Joanne Lazzaro's original music is a genre-bending combination of New Age, World, Native American and Classical influences. She prepared for a career as a classically-trained flutist from the age of 10, but her love for the flute extended to playing every sort of exotic flute-like instrument she could find. She recalls- “I saw my first Native American flute hanging on a wall in a gift shop in Boulder, Colorado, in the early 1990s. As soon as I played a few notes on it, I was completely hooked. Over time I’ve developed a real appreciation for "simple" world flutes and the skill it takes to play each one really well.” Recording her first album “Under The Stars” as a “live” improvised concert captured the spirit of the southwestern night sky inspired by that first gift-shop flute. In 2018 she started her own record label - JoRazzal Music, with the release of her 2nd classical/world crossover album “Canyon Shadows”.   As an orchestral flutist, Joanne has played all over the USA including Los Angeles-Disney Hall, New York, and Chicago-Symphony Center; and around the world-Australia, Belgium, Chile, France, Germany, Italy, Monaco, & the Netherlands. She’s shared the stage with artists as varied as CeCe Winans, James Galway, Billy Childs, and Serj Tankian.   Joanne maintains an active teaching, performing & recording schedule from her home in Los Angeles. To see her calendar and hear about upcoming projects, please visit www.kokopelli.la