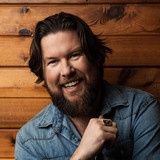 Husband, father, singer, songwriter, worship leader, and GRAMMY® Award winning (Best Contemporary Christian Album, Chain Breaker) and GMA Dove Awards winner (2017 New Artist of the Year and 2018 Artist of the Year) recording artist Zach Williams has made music history with two consecutive No. 1 hits at radio totaling 35 weeks. His music comes from a place of humility and honesty as his songs are a direct reflection of God’s redemption in his life. His personal testimony of receiving freedom in the Lord is so beautifully reflected in his debut single “Chain Breaker”. The song came from a place of wanting to reach people who had been struggling and it undoubtedly has. Over the course of its release in the summer of 2016, an influx of stories have been shared on his various social media pages by people who have experienced the life changing power of broken chains. He has since released a special project Survivor: Live From Harding Prison in partnership with Men of Valor that was recorded live at a prison in Nashville, TN.