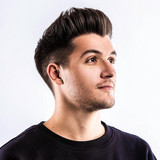 Max Fail has been carving himself an impressive career for the last couple of years. Starting as a DJ he made his way into producing own music in 2015. With his early releases quickly supported by artists like Don Diablo, Dash Berlin, Felix Jaehn and many more, he managed to reach over 5.000.000 streams through all the streaming platforms combined. In 2016 he went on his first tour and played over 50 gigs in one year! He made people sing & dance at big festivals like the Airbeat One, Ruhr in Love, Ferdinands Feld Festival and also in cool clubs & discotheques. Max Fail has a real connection to the crowd and mixes various genres from futurehouse to basshouse, trap and some sparks of big room. In his livesets he plays many unreleased tracks, mashups and remixes, which makes every live-performance 100% unique!