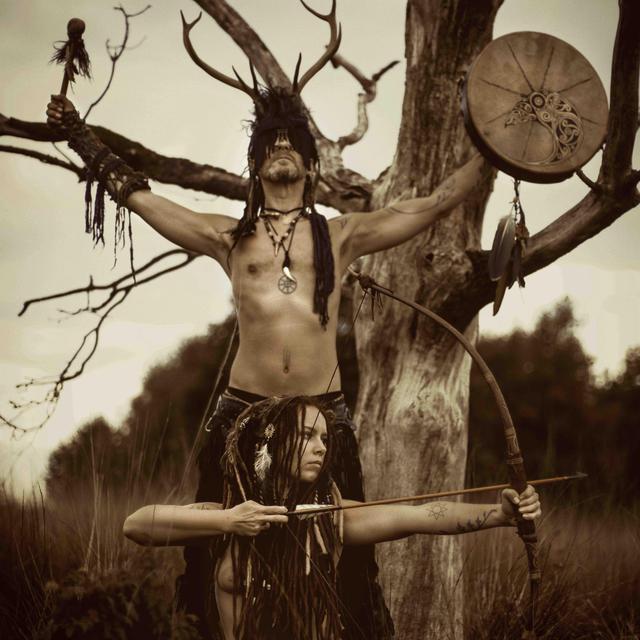 OMNIA started by Steve Sic in 1996 as a Pagan Iron-age Celtic "living history re-enactment" project which over the years slowly turned into a band and then just kept going... Today is now still run by the original founder, Steve Sic together with his wife Jenny who joined him and OMNIA in 2002. As far as we know OMNIA is the only bandproject of it's kind in the world today. As a succesful self-made underground band, after 23 years they still remain completely free and 100% independant of any corporate outside influences. Like a rare tribe of indigenous natives in a forgotten corner of rainforest they have built up their own unique music-genre (PaganFolk) and their own reputation and gigantic worldwide following without any support or influence from the regular big music business, record company maffia or

corrupt corporate-media-advertising. OMNIA is supported solely by the living forces of Nature and their own growing army of loyal fans and admirers worldwide. You are reading this not because it was advertised, but because you are interested. And that is always OMNIA's way of doing things OMNIA is not a band...OMNIA has become a way of life, converting people to the cause of Nature and respect for the living planet and personal freedom through the medium of their very own PaganFolk Musick.