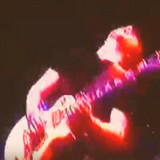 Lewis Taylor is a British singer and multi-instrumentalist whose music covers a broad spectrum of genres, including soul, psychedelia, rock and pop. In 1996 and 2000, his debut album and follow-up were released on Island Records to critical acclaim but the label found his unique mix of genres difficult to promote and so they parted company. In 2002, this time on his own label Slow Reality (an anagram of his name),