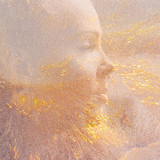 In 1989, independent Finnish singer & songwriter LKA was born in Tokyo, Japan. Music has played a central role in her life from the very beginning. As a teenager, she would go to the HMV store in Shinjuku or Ikebukuro, most of the time by herself, every week for hours and hours to listen to and analyze all of the newest releases. LKA has written songs since she was 9 years old. It's one of the most natural ways for her to express the storm raging on around inside of her head. LKA releases most of her tracks independently with the help of a close team of friends filled with talent, including singer/songwriter Hanna Marttila, singer/songwriter Siiri Kangas, producer Jake Alder (UK), mixing engineer Kalle Marttila (OmniSound Productions, Finland), mastering engineer Pirkka Rännäli (OmniSound Productions, Finland) as well as her cover art designer Otto Autio.