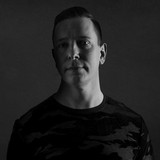 Kimmo Kauppinen, a trance DJ/producer from Finland, scored a series of hit singles during the early 2000s as K-System. Among his most popular songs are "Sound of Arena" (2003) and "Guardian Angel" (2004). Kauppinen made his debut as K-System in 1999 with the single "Come to Me." He made his album debut in 2001 with SupaDupaSounds. The album includes the Top Ten title track and the Top 20 hit "Set U Free." Second album Sleep Is the Enemy (2004) spawned the follow-up hit singles "Sound of Arena," "Dream My Dream," "Guardian Angel," and "L.O.V.E." Among these hit singles, all of which reached the Top 20, if not the Top Ten, "Guardian Angel" was most popular, reaching the Top Five. In 2009 Kauppinen released 10th Anniversary Compilation, an overview of his career output to date, plus the new Top 20 hit single "Devil Without the Horns." ~ Jason Birchmeier