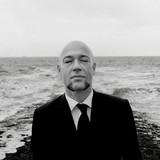 The German industrial/gothic rock band Unheilig (which in German means "Unholy") formed in 1999 and quickly released their first single, "Sage Ja!," that same year. Initially signed to the Bloodline label, the group -- including Grant Stevens, José Alvarez-Brill, and Der Graf -- followed its debut club hit with a full-length offering in 2001 titled Phosphor. The success of the single and the album helped land Unheilig slots on their genre's festival circuit, including Zillo Open Air and the Doomsday Festival, but the trio members would soon find themselves back at work on new studio material, which resulted in 2002's Christmas album Frohes Fest and 2003's Das 2. Gebot. Unheilig built on their momentum by releasing another EP in 2003, as well as taking their sound to the audiences of Europe, which led to remixing projects and appearances on video game soundtracks. Their fourth album, Zelluloid, was released in 2004, and the band followed this up with another successful tour, which led to the necessity of a live album. That collection, Gastspiel, hit shops at the start of 2005. A DVD release soon followed, and by 2006 Unheilig were back in the shops with not one but two releases -- a studio record, Moderne Zeiten, and a live offering, Goldene Zeiten. In 2008, Unheilig released their eighth album, Puppenspiel. Festival appearances and tours followed, and Puppenspiel got a re-release as a "Touring Edition" with bonus tracks. In 2010, the band scored its first number one in its home country when Große Freiheit topped the German charts. Released in February of that year, it claimed the top spot for 23 non-consecutive weeks, a record for a German artist at the time. (Große Freiheit was also made available as a "Fanbox Edition" box set, which included a flag and a book written by Der Graf detailing the making of the album.) A live album followed before Unheilig released Lichter der Stadt in early 2012, which proved to be another hit in Germany, Austria, and Switzerland. Lichter der Stadt was also reissued in a special collector's edition, helping to boost the album's sales to quadruple platinum status in Germany, and a live album from the supporting tour (simply called Lichter der Stadt: Live) appeared before the end of 2012. In 2013, Der Graf published a biography of the group, Als Musik Meine Sprache Wurde, which also appeared in a seven-disc audio edition read by Unheilig's frontman. One year later, the band curated a compilation, Alles Hat Seine Zeit: Best of Unheilig 1999-2014, then released Gipfelstürmer by the end of 2014. It promptly became their third consecutive studio album to reach number one in Germany. ~ Chris True, Rovi