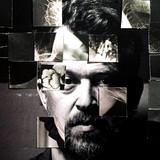 Domi Schreiber aka MyKungFu was born in Bern, Switzerland in 1973. He spent his childhood in Basel, grew up near Solothurn and discovered his fascination for the guitar in Geneva. He later studied music in Zurich, played in Aarau in his first "real" rock band (HNO) and finally lost his heart to the city of Winterthur. While touring as a guitarist with William White (Barbados), Domi Schreiber was already tinkering with his own songs, but MyKungFu was only a fleeting thought at the time. In the meantime it has matured into a fully-fledged solo project, with which he has appeared regularly and in various formations on international stages since April 2009. Schreiber has released three albums, "Romantic Archeology" from 2010 and "Repeat Spacer" from 2012, followed by "Hiergeist Pt.1" in 2014. Since 2008 MyKungFu has been performing in various ensembles in Switzerland and abroad, including at the OpenAir St. Gallen, Gurten Festival Berne and Paléo Festival, Nyon. For his latest release Schreiber has worked out and recorded most of it within his own four walls and entrusted his longtime co-producer Lukas Speissegger with the technical and musical fine-tuning. Since the dissolution of her band Lunik, Domi has also been a guitarist for singer Jaël Malli and has already worked on two albums of hers. Together with singer Sebastian Horn (Dreiviertelblut) he has composed film music for a Bavarian thriller directed by Max Färberböck.