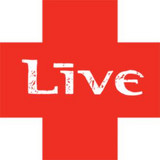 The original line-up of +LIVE+ — Ed Kowalczyk (vocals, guitar), Chad Taylor (guitar, backing vocals), Patrick Dahlheimer (bass) and Chad Gracey (drums, percussion) — have reunited for a worldwide tour including North America in 2017. The band is now writing and recording new music TBA. The multi-platinum band from Pennsylvania has sold over 22 million albums worldwide and earned two number one albums (Throwing Copper, Secret Samadhi). Their catalog is filled with such gems as “Lightning Crashes,” “I Alone,” “All Over You,” and “Lakini’s Juice,” which live on today as classics on rock radio. +LIVE+ is known as one of the most potent alternative rock acts and concert attractions with their powerful musical dynamics, vocal fervor and questing lyrics. The band has officially kicked off a reunion tour which consists of select headlining shows and key festival appearances across the globe.