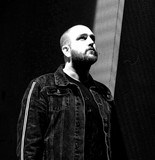 BLR is the alias renowned producer Leon Bolier adopted to showcase a deeper, darker yet melodic club focused sound. Signing the first ever BLR release ‘Nungwi’ to Tiësto his Aftr:Hrs label (Nungwi was the first ever release on that label as well) he then continued to push a more experimental yet dancefloor friendly sound. While Nungwi quickly became a DJ favorite crossing genre borders and racking up over 10 million Spotify streams, Leon kept on pushing new music, quickly becoming a fan and an industry favorite. A more recent offering (Taj) crossed 100 million YouTube views a year after release as well. All this didn’t get unnoticed, resulting in invites to play at festivals like Tomorrowland, Mysteryland and World Club dome as well as club gigs all around the globe. In 2019 he released his much anticipated debut album ‘Odyssee’, a 15-track journey showcasing multiple facets of his musical style.