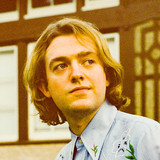 On his new single “Close To You”, Dayglow embraces an elevated sonic maturity without sacrificing any of the enthusiasm and energy that made his first album, Fuzzybrain, a runaway hit. Now 22 years old, Sloan Struble remains the sole creative element of the project - writing, performing, producing, and even mixing the song on his own from his home in Austin, TX. Inspired by the danceable feel and melancholy of 80’s pop duets, “Close To You” draws heavily on some unlikely influences such as Whitney Houston, Patti Labelle, Micheal McDonald.       Dayglow’s album, Fuzzybrain, set forth with the mission of making music that strengthens hope, promotes peace, and—in an especially important turn for Struble—fosters a powerful sense of community. Nothing signifies this more than the reaction to the album’s single “Can I Call You Tonight,” 2020’s biggest independent Alternative Hit. The song has struck a chord with fans, racking up hundreds of millions of streams worldwide and hitting #2 at US Alternative radio. Its hyper clever official video has been viewed over 50 million times on YouTube alone. The album, whose optimism is both hard-won and palpably sincere, garnered critical acclaim with Billboard, NPR, Ones to Watch, The Talkhouse, and NME. Shows around the world sold out immediately but were paused when the touring world came to a halt in 2020. The new year promises to be even more impressive with the follow up release to boost Dayglow’s already celestial growth.