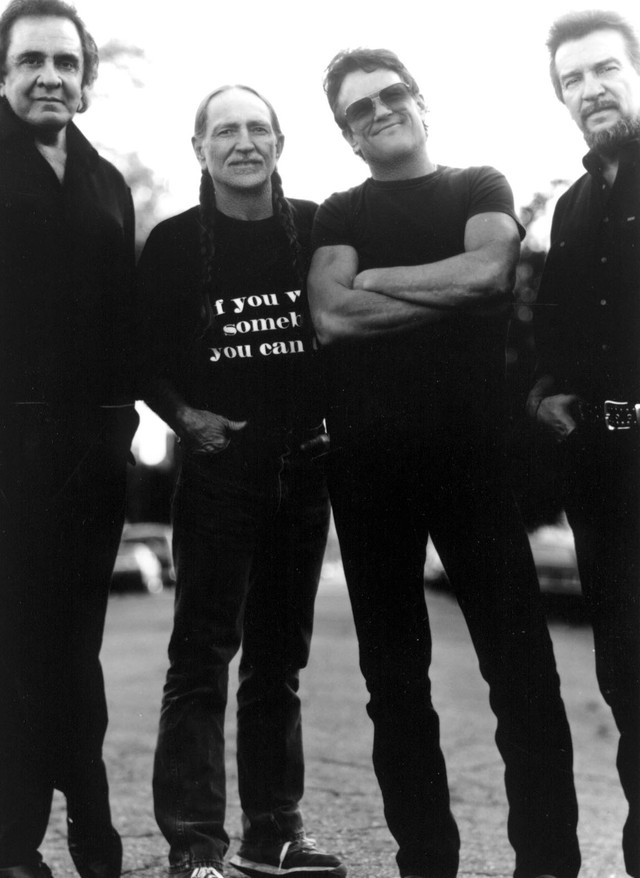 Before rock & roll gave listeners the Traveling Wilburys, country music spawned the Highwaymen, a supergroup of mythic proportions that featured living legends Johnny Cash, Willie Nelson, Waylon Jennings, and Kris Kristofferson. The foursome had worked together in various combinations over the years, but teamed up under the Highwaymen umbrella in 1985. Their first single together, "Highwayman," topped the country charts that year and spawned an album of the same name on Columbia. The album also proved mightily popular, hitting number one on the country listings and producing a Top 20 follow-up single in a cover of Guy Clark's "Desperadoes Waiting for a Train." Afterward, the members returned to their individual careers for a few years, but reconvened in 1990 to record a sequel, Highwayman 2. It reached number four on the country album charts and spun off the minor hit "Silver Stallion," but didn't cause quite the same stir overall as its predecessor. Another layoff followed, and when the Highwaymen returned for a third outing in 1995, they inked a new deal with Liberty/Capitol. The Road Goes on Forever was produced by Don Was, but proved a distinct commercial disappointment, and the group did not record again prior to Jennings' death in 2002. An archival collection of concert recordings by the Highwaymen, Live: American Outlaws, was released in 2016. ~ Steve Huey, Rovi