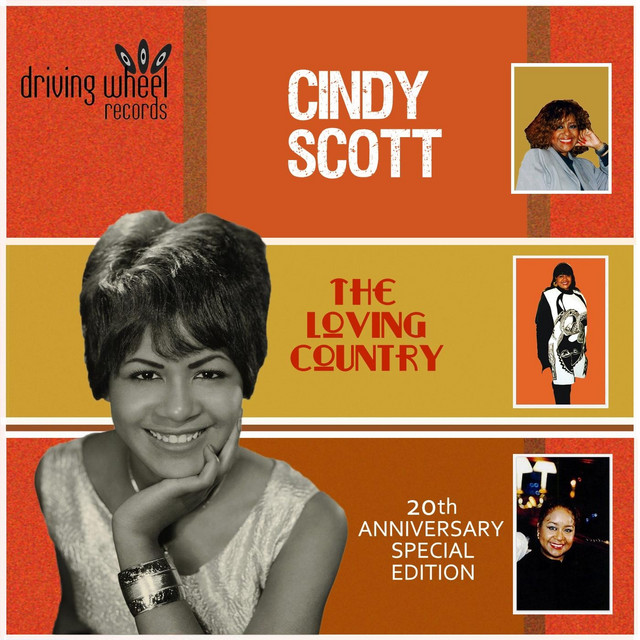 Cindy Scott is really Sundray Tucker, the vocalist cookin' with Stevie Wonder on "Ordinary Pain" from the Songs in the Key of Life album. Raised in North Philadelphia, music runs in Cindy's genes. Lynda Laurence (of the Supremes) is her sister, and her cousins include Thomasina Montgomery (Tammi Terrell) and Bunny Sigler. At 14 she sung in the Pendelles with sister Lynda and later spent two years with the Ordettes (Cindy Birdsong replaced her, and Patricia Holt aka Patti LaBelle was also a member). The name change was to thwart Don Robey, the late, nefarious owner of Duke/Peacock Records. At 16, as Sandra Kay Tucker, she recorded "Have It Your Way" on Peacock. Her father, Ira Tucker, a member of the Dixie Hummingbirds, showed Sundray's songs to Robey, who signed her to five-year singing and songwriting contracts. The deal soured when Robey refused to record her again, or free her from the stifling contract, so she adopted the alias and recorded incognito. She started collaborating with Leon Huff and others for the City of Brotherly Love Productions and Ben-Lee Records. She even recorded, releasing "What Are You Doin' to Me" as Cindy Scott & the Cousins. She chose the name because she resembled Cindy Birdsong, and Scott was her best friend's surname. In 1967 she worked with Len Barry's old producers, Johnny Madara and Dave White, and had two releases on Veep Records: "I Love You Baby" and Otis Redding's "I've Been Loving You Too Long." When Veep sank, she signed with Neptune Records for two duets with cousin Bunny Sigler. When the five-year fiasco with Robey ended, she discontinued using Cindy Scott for her real name and joined sister Lynda in Wonderlove. She left Wonderlove to join Ernie Terrell & the Heavyweights, then moved to Miami in 1984 to record for TK and Grace Note Records. She returned to Philadelphia in 1999 and recorded an album for Driving Wheel Records, a small record company in central England, entitled The Loving Country, a showcase for her amazing voice. ~ Andrew Hamilton, Rovi