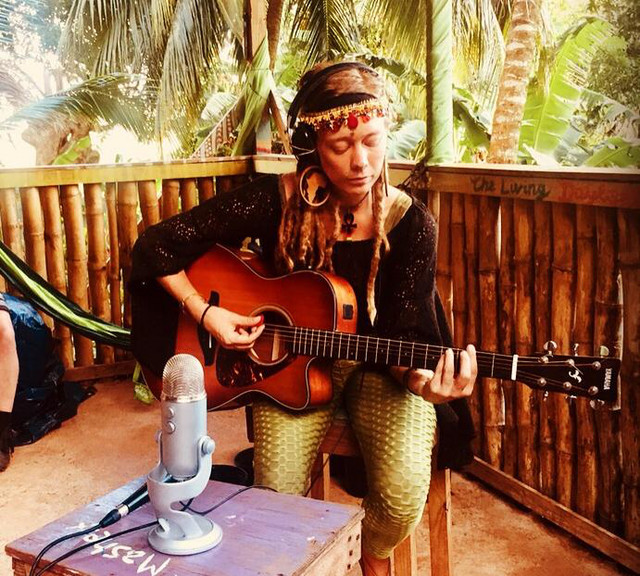 Ashley IRAE is a conscious Roots Reggae Soul singer-songwriter musician born in California and based in between Florida and Jamaica. Her awakening into self love began with her experience of Meditation and Yoga. This is what began the spark of an ancient remembrance of African rhythm inside her spirit; versatile soulful sounds rooted inside her. Her soulful angelic voice opens peoples hearts combined with conscious messages to uplift people's spirits. She is currently working on her next album and acoustic EP. Miss Irae recorded her debut album with Crowntown Records, Optimus Prott, and Atown Records from Trinidad and Jamaica. Her recent video released on Reggaeville of her song “Stronger” from the debut album She continues to reach more people’s hearts and ears. She recently released a female collaboration album with Female live dub creator and selektress Soultry Dubs entitled "Soultry Sound". The debut single from her first album Love Iration entitled “Beauty Queen” was released end of September in 2018 with Official Music Video Available on YouTube and Vevo. This song created an initial Fan Base and captured hearts of many all around the world emphasizing the importance of loving yourself instead of looking to someone else to fill the void.    Ashley Irae stands for truth, harmony, balance, and authenticity overcoming life's struggles through the power of vibration. Word. Sound. Power. Ras tafari livity.