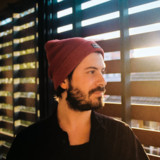 D0d is a composer and producer based in France. Influenced by his love for cinema, video games and artists such as Bon Iver, SOHN, Nobuo Uematsu, Joe Hisaishi, Ólafur Arnalds, Son Lux and Radiohead, he started producing as a pianist and film music composer. In 2018, he began to expand his music genres with styles ranging from future beats to neo soul and more recently chill ambient music, with a unique cinematic twist that adds an extra layer of melancholy to his sound.