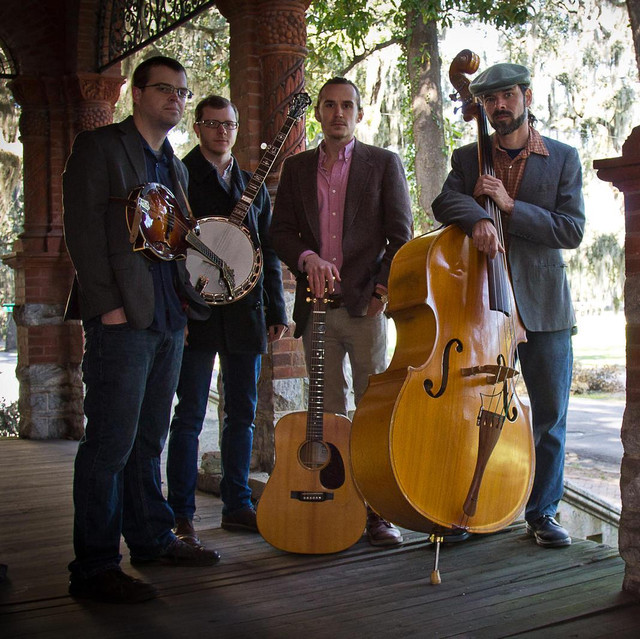 With a love of language and traditional bluegrass instrumentation, City Hotel creates an unmatched experience for audiences. Formed in the summer of 2011, City Hotel has since released three albums and become a pillar of the Savannah music scene. The group has cultivated a strong following in the low-country, played extensively throughout the Southeast and toured the Eastern coast of the United States from Miami up to New York. Like the city of Savannah they call home, the band remains fresh while being soaked in nostalgia. City Hotel music is rich with witty lyricism and distinctive compositions and the group is known for their inventive interpretations of classic bluegrass standards as well as pop, soul, funk and indie hits. The band’s stage chemistry is both infectious and hypnotic, and its performances speak to a wide range of musical tastes. City Hotel reflects everything music should be: authentic and heartfelt, quirky and imaginative, deep and enigmatic, and representative of an unabashed love for the art of the craft.