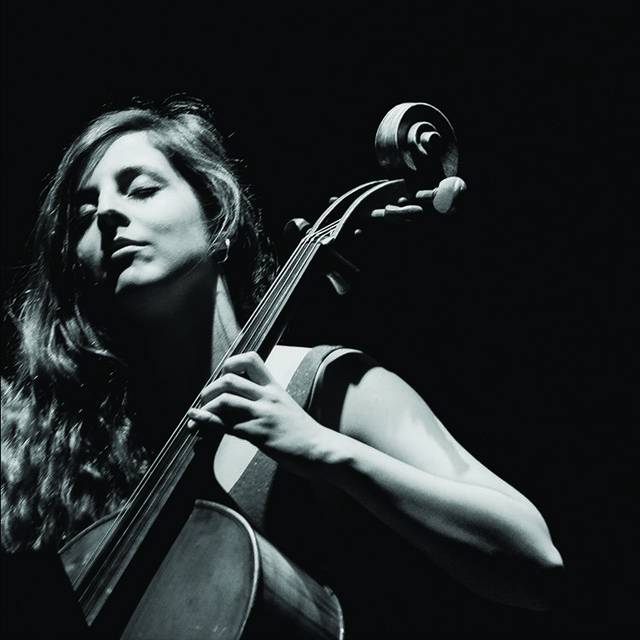 Born and raised in Vigo (Spain), she started playing cello at the age of eight. In 2008 she moved to Barcelona to eventually graduate from the Conservatori Superior Liceu. She played in renowned festivals such as Voll Damm Jazz, ​​Pop Arb, WOS Festival or SinSal. After graduating she furthered her cello and double bass studies at the Permanent Jazz Seminar of Pontevedra. In 2016 she was invited by the association of cellists Soncello, to give her Loop Pedal Workshop. She has also been part of several international orchestras such as the Réssonnance Orchestra in Switzerland, or La Via dei Concerti, with which she undertook a tour around Italy, France and Spain with concerts including a papal audience at the Vatican City and a special event at the Universal Exhibition Fair in Milan. In 2014 she toured Italy with jazz accordionist @Carmine Ioanna. In 2015 she formed the duo Treme with singer/guitarist Su Garrido. They received the music award to the best Galician band. In 2017 she started a collaboration with @Fernando Barroso presenting his album for mandolin and violoncello Silence Lovers Club and Xograr in 2020. In April 2018 she joined her brother Borja Mariño in a production of Teatro Real (Madrid) based on Igor Stravinsky's ballet. She composed and played original music for the short film Puzzle, by Nicolás Ferglez, or the show Good Luck, by Alfonso Rivera. Nowadays, she keeps working on her solo project by combining classical violoncello with electronics.