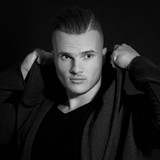 Luppi Clarke is charismatic DJ, Producer and professional sound engineer is being active in the electronic dance music scene for quite a while.   His talent and endless enthusiasm for music let him performing on many Top European venues. He brings to the audience a unique combination of actual careful selection of house, progressive house and EDM music in an original mix of his own production, remixes and mashups.   As a producer, Luppi released tracks on his own Prodigious Records and Distar Records with the debut single "Don't Be Afraid" featuring the vocals of Johnny De Beer. Already on high rotation on international radio shows and EDM festivals! This single was an official music video for movie Shifter where Johnny De Beer was as the main movie actor.