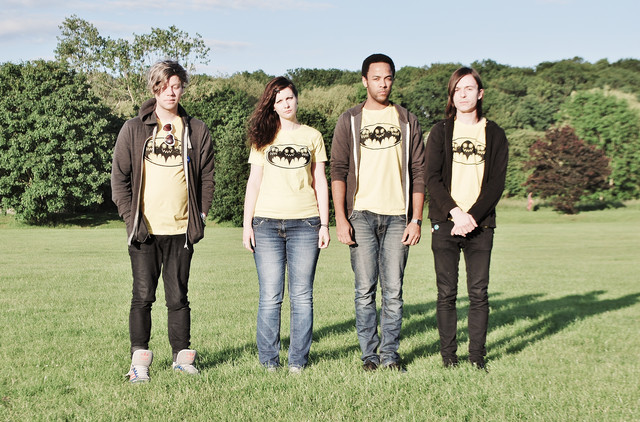 Johnny Foreigner hails from Birmingham, England, where the trio first honed its blend of noisy co-ed vocals and rambunctious, syncopated chord structures in 2005. The following year saw the release of the band's first single, "Sometimes, in the Bullring," which sold out in two months and received airplay from BBC Radio, London Live, and XFM. Johnny Foreigner had garnered enough attention by 2007 to ink a contract with Best Before Records, and bandmates Alexei, Junior, and Kelly retired to London to record the Arcs Across the City EP. A full-length album was recorded in New York later that year, with the 7" single "Our Bipolar Friends" being issued in March 2008 to drum up support for the record's upcoming release. ~ Andrew Leahey, Rovi