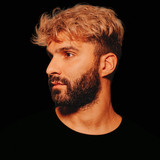 Dutch/Moroccan Multi-Platinum DJ and producer Fadil El Ghoul, better known as R3HAB, has been trailblazing his way through dance music for the better part of the last decade. From his breakthrough remixes for Rihanna, Drake, Taylor Swift, Lady Gaga, to anthems such as Platinum-certified "All Around The World (La La La)" and "Lullaby", to his collaborations with the likes of Ava Max, Luis Fonsi, Sean Paul, ZAYN and more, R3HAB has proven to be one of the most forward-thinking artists in the game, whose work has collected over 5B streams to date. R3HAB and Jonas Blue's new single "Sad Boy (feat. Ava Max & Kylie Cantrall)" is quickly making waves around the world, entering the Billboard Hot Dance/Electronic chart at #20. Likewise, recent single "Runaway (with Sigala and JP Cooper)" is climbing the charts, entering the same chart at #28 and spinning on radios around the globe. In 2016 R3HAB founded his label CYB3RPVNK, which has collected 4B streams since its inception. R3HAB continues to evolve and diversify his sound by working with a variety of artists around the globe, pushing the boundaries of dance music as he collaborates across genres and languages. He is currently the most discovered artist on Spotify, one of Spotify's top 200 most streamed artists across all genres worldwide, and ranked #12 on prestigious DJ Mag's Top 100 DJs chart. With his combination of innate artistry and innovative attitude, in 2021 R3HAB is continuing his journey among electronic music's elite.