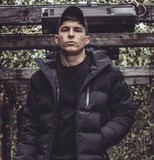 Carlo Zeni, also known by his stage name Charlie Zane, is an electronic music producer/DJ originating from Unionville, Ontario.   He began his music career young as a DJ for hire playing weddings, private parties, and any local events he could get his hands on. After honing his skills behind the decks, he turned his attention towards music production. With his attention to detail, it wasn’t long before he had progressed enough to start putting out music of his own. He began turning heads by putting his own twist on classic tracks while also discovering his own unique sound in the process.   Fast forward a couple years and Charlie Zane has gained support from the likes of Downlink, Excision, Jauz, Snails, and many other big names in the music industry. With a multitude of shows and festivals under his belt, he brings a wealth of experience every time he steps up on stage. With his releases gaining recognition worldwide, Charlie has been making waves in the bass music scene, and he’s only just getting started.