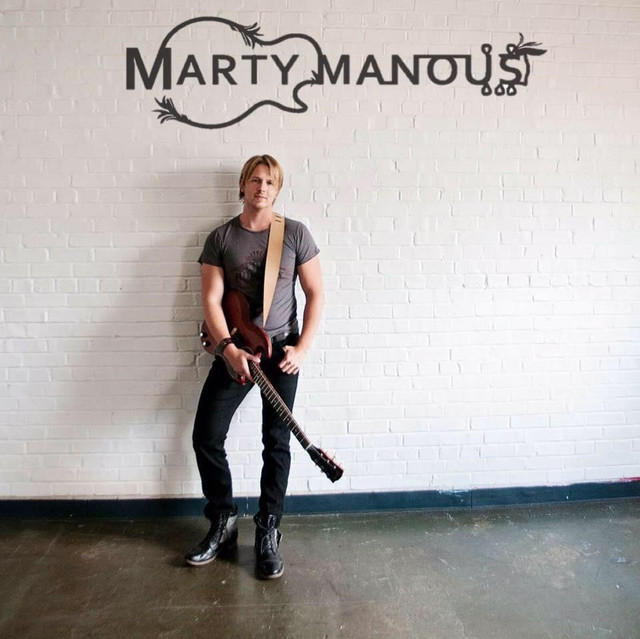 Marty Manous is a total package; he is a skillful songwriter, soulful vocalist, and virtuosic guitarist- a triple threat! This separates him from many other performing artists. Creating an Indie Rock sound infused with Blues, Pop, and guitar hero stylizations (influences include Allman Bros., SRV, Eric Johnson, John Mayer), he is an electrifying performer and business savvy artist in tune with today’s music industry. “Marty Manous is one to watch for on the scene. One of the next ‘young lions’ hungry to make his mark on the guitar world.” –Chris Duarte   Currently, Marty released “Know My Name,” to follow up the release of his all-original, 2015 album on Lucky Street Music Records titled "Transcendence," Marty has gained popularity and critical acclaim from the media and fans alike around the world.   “Music is the result of the soul trying to express feelings greater than words.” – Marty Manous. In concert Marty manages to recreate the great concert experiences of the past- that uplifted people and brought joy to their lives- with not only his original music, but also with his ability to channel the emotion and intensity of celebrated guitar heroes.   Marty graduated with Honors from Atlanta Institute of Music. During his time at A.I.M., Marty studied with some amazing musicians/guitarists including Jimmy Herring, Carl Culpepper, Steve Cunningham, and Nite Driscol. Marty studied vocally at Jan Smith Studios in Atlanta, Georgia.