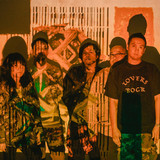 When Sandwich got together in 1998 the plan was that there was no plan.The group was simply a bunch of like-minded music fans who wanted to make songs and play them live.They were already in other bands,and working on radio and in record labels (well except for Marc who was in school).This was just an excuse to make other kinds of music with other people,a fun thing to do on the side.They wrote a few songs because they thought that was cool (also,they couldn’t cover for shit so that worked out).And to be able to play live they got a monthly Sunday prod at Mayric’s because nobody wanted that night.The record label released the first album on a lark.Their 1st single took off and the rest as they say,is history. Since then the band has released 8 albums.A generation of Pinoy music fans have grown up on “Butterfly Carnival” and "Sugod".They’ve picked up every award a rock band can possibly have in Manila.They’ve played the width and breadth of the Philippines.They’ve also played in bars and festivals in HK,Singapore,Malaysia,UK,NY,and LA including The Hollywood Bowl.You could say they’ve come a long way from that high school classroom in Ateneo where they almost didn’t play their first gig because of an irate Math teacher. Sandwich is 20 in 2018.To celebrate,they are holding UNDER THE GLOW OF THE SATELLITE,an anniversary concert on Apr 13 at the Metrotent in Metrowalk.The band is also putting out a limited 7" vinyl with 2 new songs-“Time Lapse” and “Parang Walang Nangyari”.&nbsp;