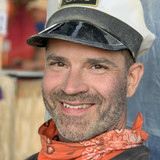 Jesse Blake is a music producer and DJ who has toured throughout the Western Hemisphere, from NYC to Hawaii to Canada and Costa Rica. Based in LA, Jesse is the DJ for Beachbody's Morning Meltdown 100. He's also one of the Wanderlust Festival resident DJs and plays club gigs and festivals all over North America, from Lollapalooza to Lightning in a Bottle to Burning Man. Jesse’s original music is a blend of organic minimalism and electronic ambience. Designed for yoga, dance, and healing arts, his production rides the line between ambient downtempo and deep house. In addition, his music is often licensed for film and television, with numerous placements on shows including Shameless, CSI: Miami, the Vampire Diaries, Royal Pains, Greeks, True Life, Brew Masters, MTV's Real World, Iron Chef, Anthony Bourdain's The Layover, and many more. He scored the original music for the motion picture Y-Yoga, a documentary about yoga's development in the West. For more information, please visit www.jesseblakemusic.com. For booking, please email contact@jesseblakemusic.com