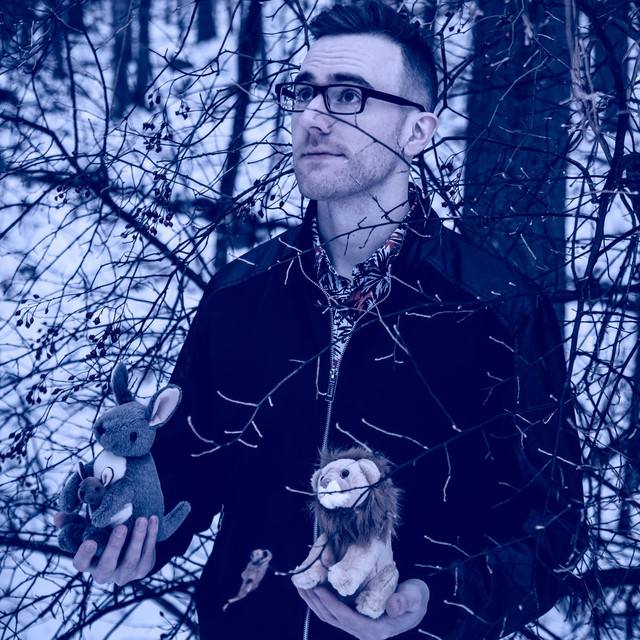 Marsupial Lion is the pet project of singer-soundmaker Travis Jonathan. Juvenilia is Marsupial Lion’s self-described “debut retrospective”. An almost entirely DIY effort, it culminates a 10-year collaboration between Travis and his co-writer, synth wizard, and near-lifelong friend, Parker Tichko. The word “juvenilia” refers to the art of an artist’s youth, and the album accordingly peers backward to capture the twentysomething lives of its creators. The listener retraces their steps through bedrooms and basements in New Hampshire, Providence, Las Vegas, Boston, and Los Angeles in which the record was written and recorded. Themes of love, hope, aging, and anxiety play out in familiar pop format, albeit shot through with Marsupial Lion’s idiosyncratic blend of fuzz and slickness. But the album’s focus is not constrained to glossy nostalgia. Juvenilia is a record about technology; more precisely, it is a record about living under digital algorithms dictated by surveillance capitalism and BUMMER (Behavior of Users Modified, Made into an Empire for Rent). Juvenilia posits that perhaps humanity is being willfully remade within the grinding gears of these algorithms. Perhaps humanity can no longer be said to be the artist, having become the artwork itself. A new juvenilia emerges—the juvenilia of algorithms—and within it unfolds our human experience.