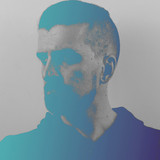 João Komka is a brazilian DJ and music producer. For almost 20 years has been engaged in the electronic music scene, mainly in Brasilia. He was the artistic director of 5uinto for more than 10 years, which produced over 500 parties. As music producer, he runned Crunchy Music label and also dedicated his creations for Come and Hell, releasing with Gui Boratto on Kompakt. Nowadays he's working on his own music, and starting a new label called I/U Music.