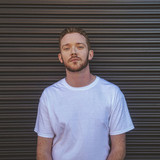 Tenacity launched his career as a local hip hop artist in Ann Arbor, MI in 1998 and spent his early years perfecting his craft opening for prominent touring hip hop acts. As the co-founder of the independent music collective Abolitionist Projects, the budding recording artist engineered and executive produced 28 releases for the collective. During this time, Tenacity also garnered recognition for his audio engineering work in Detroit's underground hip hop community.   In 2007, Tenacity relocated to Los Angeles, CA to sharpen his skills as an audio engineer, learning valuable skills from Grammy Award-winning mentors and industry leaders while rapidly making a name for himself as a talented engineer and artist in the global hip hop scene. Tenacity has recorded, mixed, and mastered a vast number of titles from some of Hip Hop's most established independent artists and labels including The Beat Junkies, Stones Throw Records, and Street Corner Music, among others.   Meaningful lyrics and complex cadences are the backbone of this Michigan native's style, but what makes him unique is his vision of the industry and the societal awareness he expresses in his music. He strives to bring truth and understanding to his audience with his retrospective analysis of the world around him.   One word can be used to describe an individual with as much persistence and determination as him: Tenacity